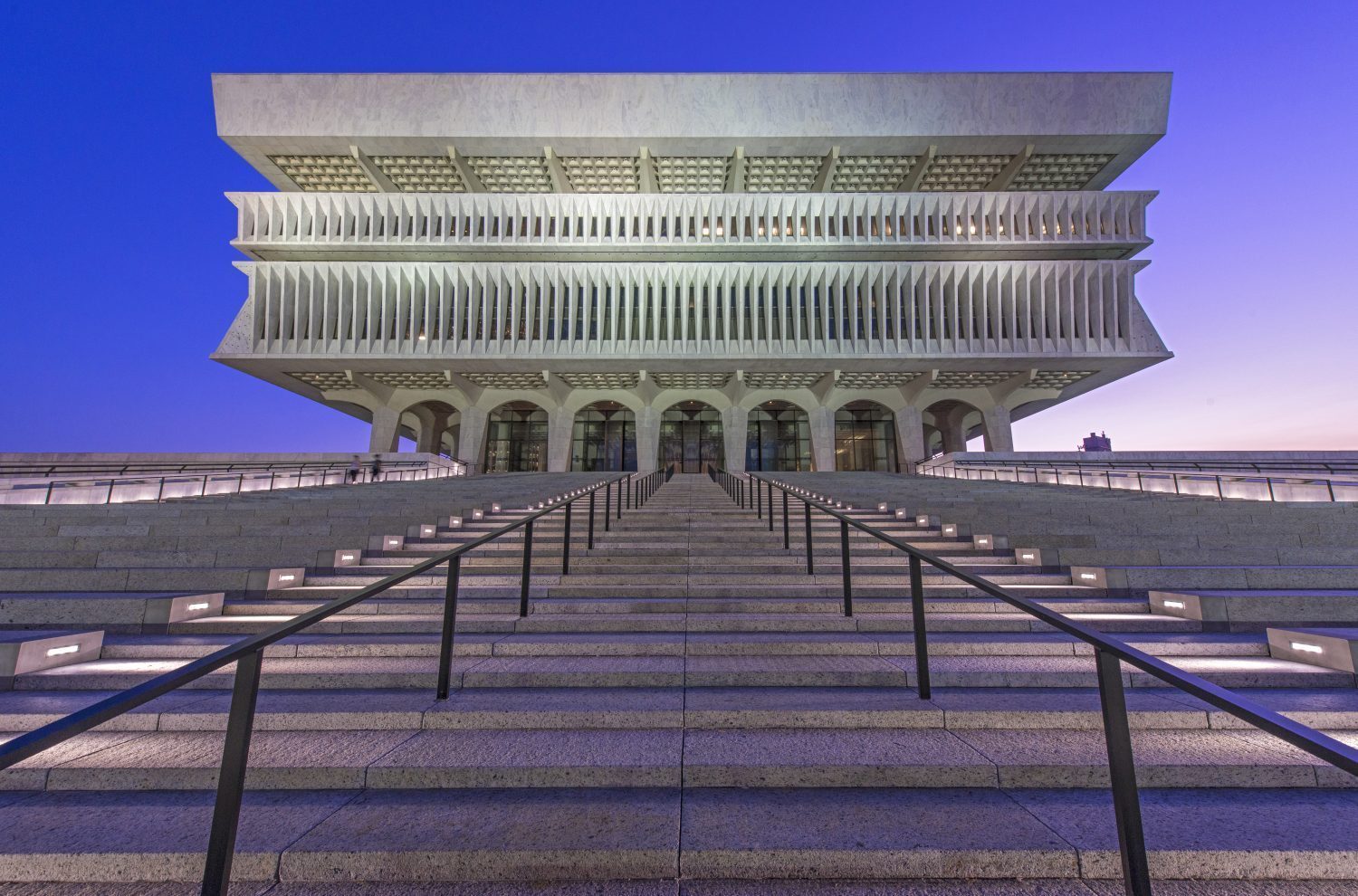 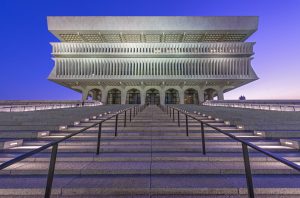 architecture+, a design and service oriented architecture and planning firm in Troy, New York, is pleased to announce that we received an Honor Award for Historic Preservation from the Eastern New York Chapter of the American Institute of Architects for the rehabilitation of the Grand Staircase. This $7.4 million project, located between the Empire State Plaza and the Cultural Education Center, was completed as a New York State Office of General Services (OGS) Term Contract assignment.

Awards were presented on March 2nd at The Arts Center in Troy. Jury comments shared at the ceremony recognized that “An effort like this of historic preservation is very difficult work and in this case, it was mastered. The diligence of the design firm is clear in technical detailing, and as a result successful due to simplicity.”

The project was undertaken primarily to replace the original structural slab waterproofing system that had reached the end of its expected service life. All of the granite steps were removed and stored on site while the cast-in-place concrete sub slab waterproofing system was removed and replaced. The granite steps were reinstalled as a drainable rainscreen. New stainless steel trench drains and stainless steel step lighting housings with LED light fixtures were designed and custom fabricated for the project.

According to Michael Bergen, Principal of architecture+, “This was a challenging and rewarding project for our firm. Our design and construction teams worked diligently to complete the restoration of this historically significant site in time for the summer 2016 event season. The opportunity to work at such a prominent regional landmark was an honor.”